Academy Park and the Continued Transformation of the Town of Cary

Dan Rider, LEED AP BD+C, GGP shares his insights on the design of Academy Park and its influence on the Town of Cary 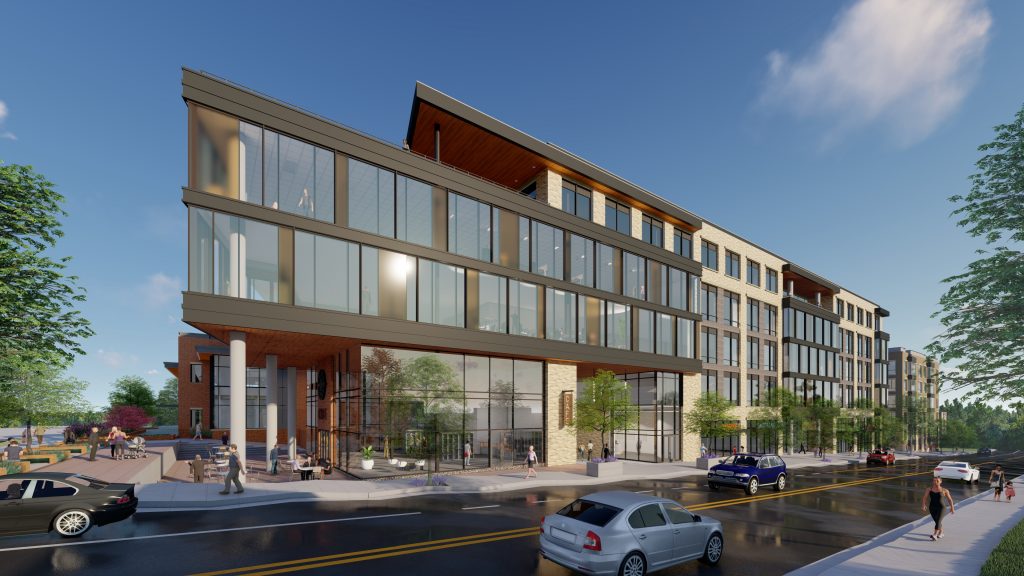 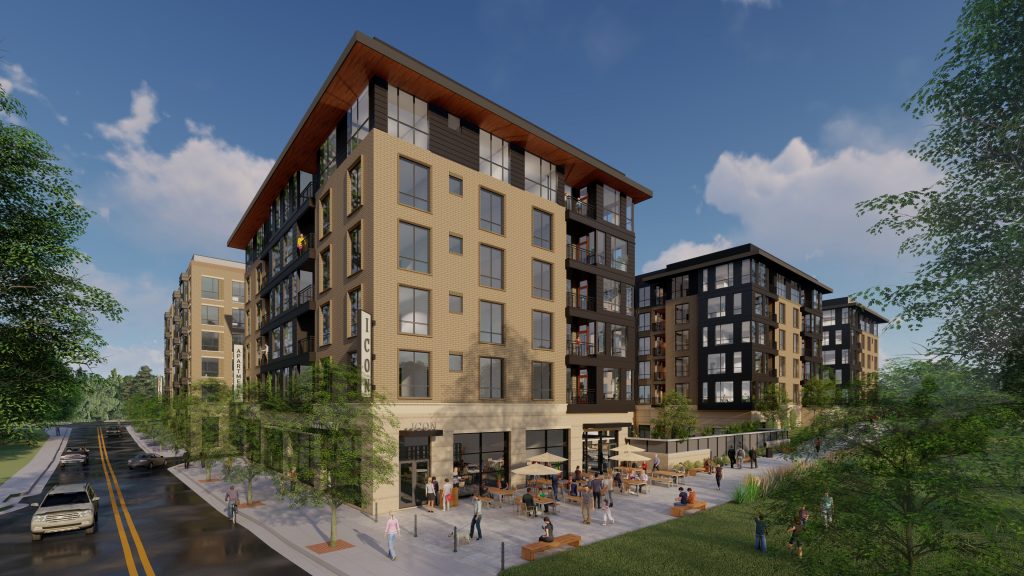 The Town of Cary is seeing unprecedented growth.  It’s consistently ranked as one of the best places to raise a family, retire and start a business.  With over 163,000 residents and long list of accolades, the Town of Cary continues to transform, keeping up with their diverse population.  One of those transformations is the Academy Park project.  In the heart of downtown Cary, this development is comprised of 102,000-square-feet of office, 34,000-square-feet of retail and 153 residential units wrapping three sides of a 600-space parking deck shared with the new Cary Regional Library, Cary Arts Center and Downtown Cary Park.

Dan Rider, senior designer at Cline Design and the lead designer for the Academy Park project sits down with us to describe the design inspiration challenges and excitement around this unique project changing the heart of downtown Cary

1. What was the vision for the Academy Park project?

The goal of the project was to create a jewel in downtown Cary.  This is one of the first developments with increased density coming out of the ground in Cary’s town center, so it was important that the project lived up to the design standards created by its surrounding neighbors.  There was a lot of context to draw from including the Cary Arts Center, Cary Regional Library, and surrounding single family neighborhoods.  The Academy Park project is another important player in this growth and expansion of the Town of Cary’s core.

2. The Town of Cary has a rich history of community and culture.  How did you work with the team to capture the spirit of the Town of Cary?

Downtown Cary has a great sense of place already.  It’s important to experience Cary’s sense of community by understanding their traditions, walking around, talking to folks, and getting a feel for what already works for them.  Understanding why something works enables the design team to formulate successful solutions at small and large scales.  Some aspects, like detailed architectural work at pedestrian height, long lasting masonry materials and ground level retail, are not necessarily Cary specific, but they provide a good framework for the public, investors, and entrepreneurs to build upon. It’s the people that build and shape Cary’s culture and built environment, and it’s our responsibility to enable that the process.

Many of the opportunities were a result of the town and the developer working together to envision what the next round of growth would look like. This afforded us a few things like additional building height. The long L-shaped site provided an opportunity to transition architectural languages along the building facades.  This transition helps break down the perceived size of the development.

The office building was envisioned to be more contemporary with large modern glass and metal bays growing out of the traditional masonry framework. The building concept is a metaphor for the new growth Cary is experiencing, new technology and the downtown vision emerging from and building upon a successful identifiable foundation.

As the development moves down Walnut Street it transitions into residential units above street level retail. The retail edge is consistent along the sidewalk, while the residential units above move in and out creating small courts.  This helps break up the mass of the building, so it feels like a series of smaller buildings. Scale change is very important to this portion of the project because of its adjacency to one-, two-, and three- story single family homes.

In terms of leading the design team, I’d say an important part of my design philosophy is to develop an understanding of how a project complements the existing fabric. The goal is always to collect as much project specific information as possible and hear as many voices as possible. I encouraged our design team to explore many paths throughout the process.  Inevitably the final solution is a combination of everything the team learned from those various explorations. The larger the net you cast for information leads to a better understanding of the project and its community, consequently leading to better solutions for our client.

4. With a town that is evolving at a rapid pace due to an extraordinary population growth, how does Academy Park incorporate growth and the evolution of the population?

Academy Park is adding density to downtown, but this project is really a result of the exponential growth in the past few years and the spark of interest brought on by municipal leaders, visitors, investors, and prospective entrepreneurs who have wanted to see downtown Cary develop into its full potential.  The more people who live and work in downtown Cary, the more opportunity there is for positive attention and increased foot traffic.  Housing opportunities are powerful catalysts for things like grocers, restaurants, retailers, and breweries. Academy Park has the opportunity to bring these same people and establishments into its development. Academy Park, Cary Regional Library, Cary Arts Center and the Downtown Cary Park are all pieces to the larger puzzle of making downtown Cary more of a destination for its residents and visitors.

5. What about this project makes it stand out from the other new developments breaking ground in Cary?

Academy Park is the first mixed-use office building of its size to be built in downtown Cary. The residential portion of the project fills the need for luxury apartments that Cary’s downtown housing market has been lacking. Another unique feature is that Academy Park shares a structured parking deck with the library and community park next door.  With all these buildings near one another, they really function like a micro-community within its existing neighborhood. This project, along with the new library and park, are responsible for taking the first steps in the planned growth of downtown Cary. Many people want to live and work downtown and the Academy Park project offers both opportunities.